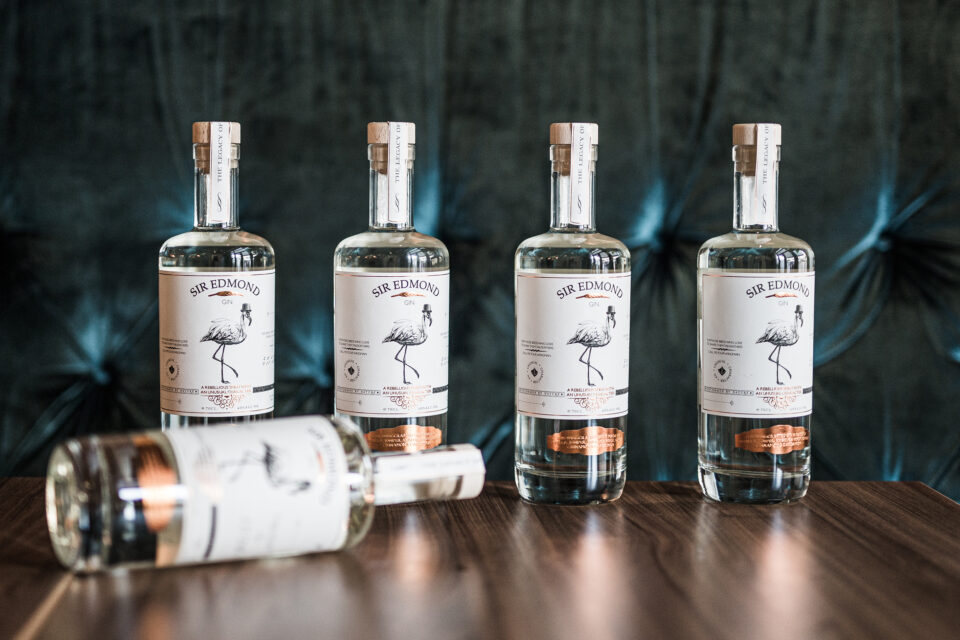 Sir Edmond Gin is founded on a simple idea: to create a gin that stands out and is truly different. Unique, versatile and full of character. In a long search for the ideal ingredients, destiny led the founders to the fantastic ingredient Bourbon vanilla, taking inspiration from Michelin star chefs who use Bourbon vanilla in their kitchen to create culinary magic. Sir Edmond Gin made in The Netherlands and entered the market in 2016.

The profile of the world’s favourite spice Today

What came to be known as ‘Bourbon vanilla’ is considered to be the best vanilla in the world. It is grown on both Réunion and in the northeast region of Madagascar called Sava, where the soil and climate conditions (warm and humid) are perfect for producing thin beans that have the most clear and creamy flavour profile of all vanilla variations out there. Who thinks that manual pollination is the hardest part of creating vanilla is in for a surprise: the full process from seed to dried bean can last up to four years. Vanilla traveled from Mexico to Madagascar, after the European explorers got fascinated with the exotic delicacy of the spice.

It takes two-and-a-half to three years for orchids to appear on a vanilla plant. The green beans need about nine to twelve months to reach maturity and turn yellow, after which they are harvested by hand. The beans will then be put to dry for about four weeks, slowly shrinking and turning from yellow to brown. After the drying period, the vanilla is placed in a box and put to rest for three months. When all steps are successfully completed, the beans that were once green have transformed into the brown vanilla pods we’ve come to know and love.

“ Can you imagine a world without vanilla?”

Behind the name: The discovery of Edmond Albius

In 1841, when he was just twelve years old, Edmond Albius discovered that vanilla orchids could be artificially pollinated by hand. Born a slave in Sainte-Suzanne, a commune on the north coast of Réunion, the teenager needed little more than a blade of grass and a quick flick of his thumb to revolutionise the cultivation of vanilla.

Edmond’s simple but sophisticated invention didn’t go unnoticed. His manual technique became standard practice and is, amazingly enough, still being used far beyond Réunion. In his lifetime, Albius didn’t get the credits he deserved. After the French abolished slavery in 1848, the man that unknowingly made history left the plantation to become a kitchen servant. He died at the age of 51, poor but free.

Mix it in a gin & tonic or a cocktail and you will discover that long, pleasant aftertaste that offers this layer of flavor. Vanilla is highly recognizable!

Things to think of

Whenever you sip a vanilla infused drink or treat yourself to a culinary adventure that involves vanilla, think of its journey across centuries and continents. Think of Edmond Albius’ stroke of genius. Think of all the effort and expertise that goes into the creation of those little flavour-filled pods. After all, appreciating the miracles of Mother Nature is instantly rewarding and completely free.

New All Day menu is out!

Make Your Own EggNog at Home