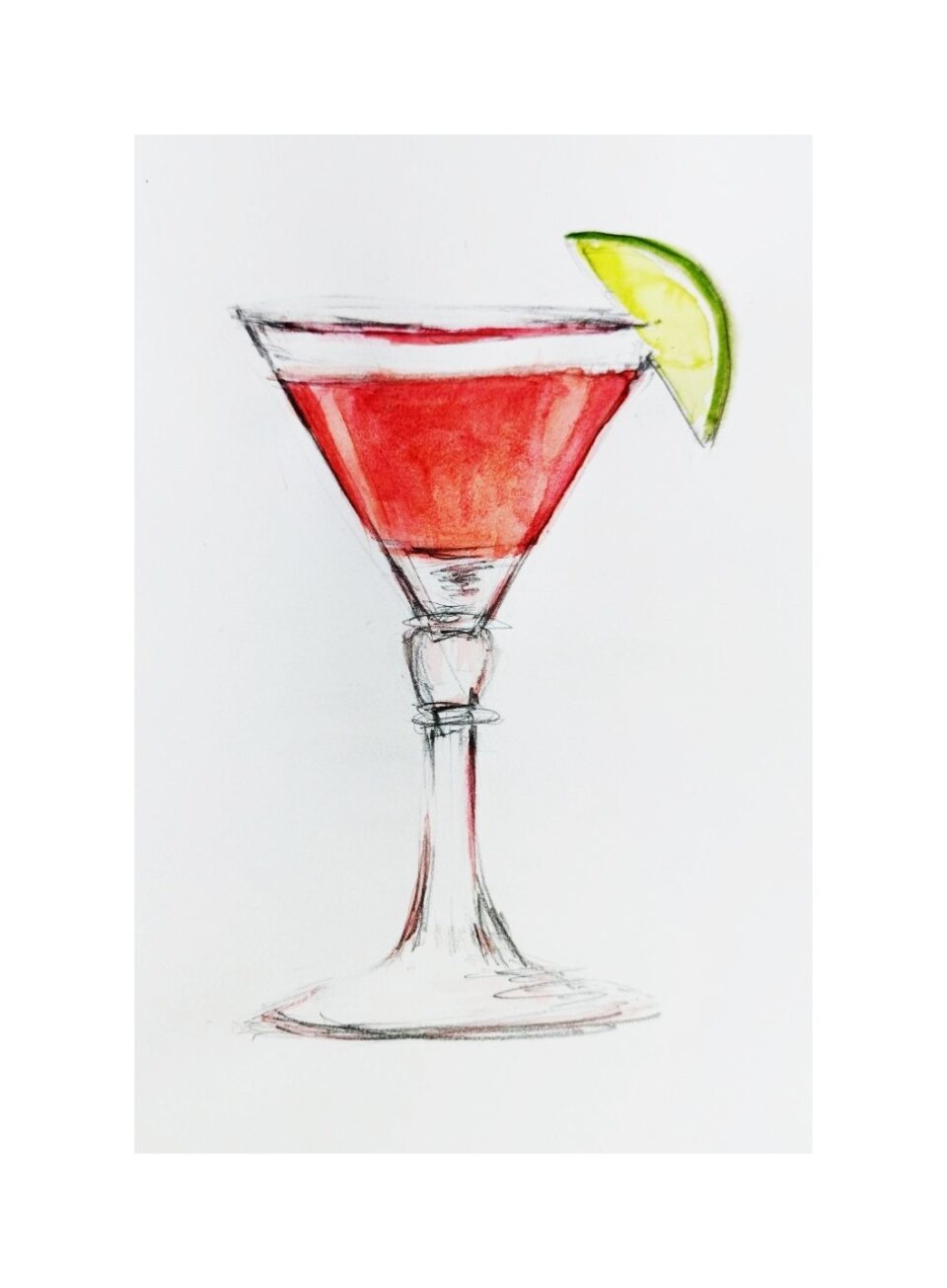 Meet the Classics:
How to make a Cosmopolitan at home

Long time passed since the first recipe appears written on 1934, which calls for gin, triple sec, raspberry and lemon. During the following years, this recipe will be evolved. Dale DeGroff, in his 2002 book, “The Craft of the Cocktail”, popularized the drink and his recipe became widely accepted as the standard. After Sex & the City TV show debut in 1998, in which the characters were frequently shown to be drinking Cosmos, the drink won a place in the classic cocktails hall of fame. During the 90s the Cosmopolitan was one of the most popular cocktails in New York & London. Here is our preferable recipe.

– a shaker
– a strainer
– a knife
– a jigger (if you don’t have one use an espresso cup, a shot glass or something to measure “parts”)
– cubed ice
– a coupette glass (preferable chilled, straight from the freezer)

45 ml (9 parts) lemon flavoured Vodka
(We prefer Ketel One Citroen. If you don’t have one, you can add use a normal vodka and just add a lemon peel into the shaker, to bring up those citrusy notes while shaking)
20 ml (4 parts) fresh lime juice
20 ml (4 parts) cranberry juice
15 ml (3 parts) triple sec (orange liqueur)
2.5 ml sugar syrup or white sugar to adjust sweetness and balance acidity, according to preference

Combine all ingredients into the shaker. Add ice and shake. Strain the drink into the serving glass. Excess the oils of an orange peel on the surface of the cocktail.

Adjust the recipe to your preference, by tasting the drink prior to shaking.

New All Day menu is out!

Make Your Own EggNog at Home